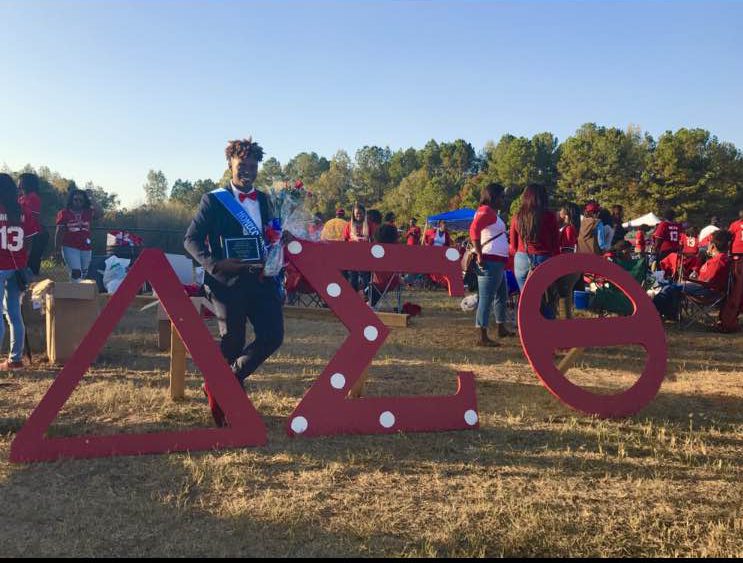 Tia Tuggle, junior, recently ran for UWG Homecoming Queen, but did not win the title. She was the runner up and did not care much for the title “UWG Homecoming Queen.” Instead, her motive was to represent the minorities and to get a certain message across.

“I am a black woman, a lesbian that some people may view as more masculine than your average female,” said Tuggle. “Who would expect me to run for homecoming queen? Nobody.”

Tuggle wanted to represent students and faculty that felt like they are overlooked, silenced and not represented enough.

“It was never about the title for me,” said Tuggle.  “It was about the movement and the message I was trying to get across. All of these things are what make me unique.”

Tuggle definitely was different compared to the majority of candidates. While many women flaunted in their dresses, she introduced herself with a black dress shirt and pants with a red blazer.

“Dresses make me oddly uncomfortable,” she said. “I’m vocal. I like to challenge people and how they think. I don’t really like to follow the rules.”

The goal of her campaign was to let the student body to know that it is okay to be yourself. You do not have to hide and change who you are. With a phenomenal campaign team, she was able to spread her message.

Her slogan was “You don’t have to wear a dress to be a queen.” Her campaign team passed out lollipops with her slogan attached and constantly encouraged students to vote for her on social media.

“I didn’t even have a campaign team at first, but somehow, someway, one was formed and it was beautiful,” said Tuggle. “I really give all props to them because in my eyes they honestly made my campaign what it was.”

When it came to making homecoming court, Tuggle did not have any doubts. When she introduced herself at the pageant, the crowd would not stop cheering. Her support system and the audience gave her the energy and confidence she needed to make it through. After being one of the finalist of homecoming court, Tuggle was very confident that she would be crowned as homecoming queen. Unfortunately, that was not the outcome.

Even though Tuggle did not win, she ran for homecoming queen to show people that they don’t have to change who they are in order to be accepted and respected. It was never for her, it was to represent the people.

“Being a queen is a state of mind. It has nothing to do with one’s appearance,” she said.