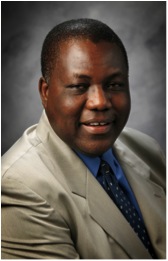 One of the most respected organizations in the world is the United Nations because of their many goals, such as international cooperation and world peace. It is a high honor to be asked to attend one of the U.N.’s conferences, but something that University of West Georgia’s political science professor Dr. George Kieh recently got the chance to do was present his own 116 page paper.

Kieh was asked in Aug. 2012 to share his knowledge on the subject of development in Africa and have a draft ready just three short months later by an Oct. 2012 deadline. “I stayed up several nights very late,” said Dr. George Kieh. “The time crunch was three months to come up with almost 120 pages.”

To add to the stress, Kieh finished his final draft on Jan. 15. From Feb. 18-19, Kieh traveled to Ethiopia where he presented his paper titled, “The Roles of Institutions in the Development Process: Toward the Emergence and Functioning of a Development State in Africa” to the U.N. Economic Commission committee. He then attended and was the lead speaker at the U.N. Economic Commission for Africa’s conference on “The Developmental State: What Options for Africa.”

“You’re talking four days of back to back meetings, it can be tiring,” says Kieh. “The second conference was mainly a political meeting. It was a good experience because it was the first time I had the opportunity to attend a conference with government representatives across the continent.”

Kieh writes about how African leaders need to protect their citizens and improve their quality of life soon or dire consequences will arise. He says that some of the basic necessities that the people require are adequate education, healthcare, sanitation and clean drinking water.

“The timing is very critical given the fact that African countries have tried a variety of approaches and they haven’t worked. The major paradox of the continent continues that Africa is the richest continent in the world but yet the poorest in terms of the condition of its people,” says Kieh. “This is a critical stage because ways have to be formed to improve the material condition of the Africans, either that or they will rebel.”

Originally from Liberia, Kieh takes the problems in Africa personally as he is a major advocate for democracy. “I was a political prisoner twice advocating for these same kinds of things, so I feel very passionately about them because I believe the only way which a society can develop, make progress and be stable is if it cares for the condition of its citizens. There should be a line that no human being has to be below,” says Kieh. “I completely reject the notion that people are supposed to fend for themselves. Otherwise there is no purpose for a government.”

Kieh’s goal is for leaders to adopt his suggestions immediately. “I think some will [adopt the proposal] and some will not but that’s expected. I’m delighted I had the honor to contribute to a major discussion that can provide a basis for consideration,” says Kieh. “I don’t pretend to have answered all the questions or issues. If nothing else, the paper has put on the table the critical issues.” The paper does not a provide template of step by step what to do; however it is a mapping out of suggestions for leaders to consider.

While the conditions in Africa need to be changed immediately, the question arises, whether or not an immediate change will prevent future problems. “In the next five to twenty years, this will be the topic of discussion. My hope is that not just governments but citizens, including academics can play a major role with a particular version of the developmental stage,” says Kieh. “A democratic government is the only guarantee of stability. If we want a peaceful society this is the route.”

Kieh acknowledges that his suggested changes probably won’t happen for all the leaders. “Knowing the history of the continent, there are some governments that won’t do that,” says Kieh. “The governments that don’t do that risk the possibilities of uprisings and rebellions.”

Something that college students can do to help is start fundraisers to get donations of things like school supplies or even donate their time by travelling to African countries and helping directly. Kieh also suggests organizing informational events where people get to learn about the issues. He is also going to take on the Liberian Grassroot Initiative that will focus on some efforts to help the issues. “It is one thing to write a nice academic paper but I think I need to take one step as an individual and with others [further],” says Kieh.