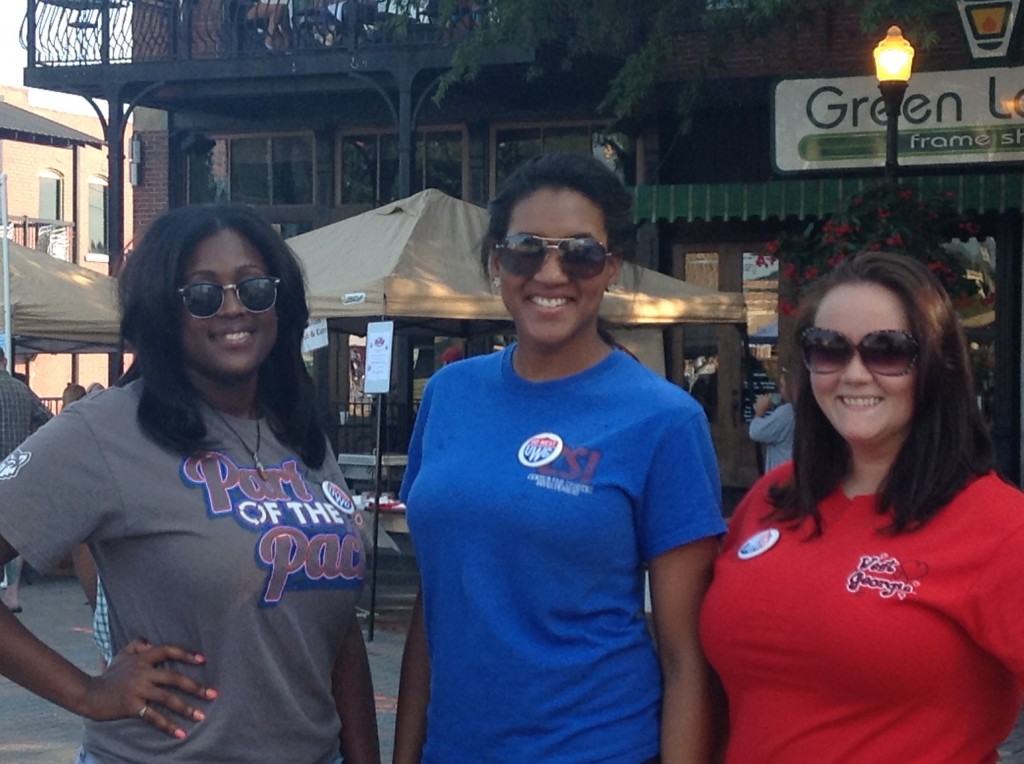 The 22nd annual Taste of Carrollton event kicked off Thursday evening, Sept. 19, in Adamson Square, continuing the tradition for many of coming hungry and leaving happy.

As the lunch hour passed and the clock turned 3, the streets of downtown Carrollton shut down in preparation for the annual tasting of the area’s best dishes.

Dozens of volunteers from UWG’s student organizations came out early to help turn the traditional storefront space into a sea of tents. The students helped move chairs, arrange tents and organize tables for the restaurant vendors to set up.

Many of the student volunteers made arrangements to work in block periods to allow equal time for both work and enjoyment of the event. Students from UWG’s baseball team and the Public Relations Student Society of America (PRSSA) quickly turned into event patrons once they received knowledge of offerings from their favorite local vendors such as Chic-fil-a, American Pie Pizzeria and The Little Hawaiian.

Carroll County Schools got involved in the event by offering a free taste of improved school lunches. During the event, the lovely cafeteria workers passed out pamphlets on how to live a healthier and more active life while serving up healthy snacks of hummus and yogurt.

While vendors such as Carroll County Schools and Farmers Fresh CSA offered healthier options of food, the fare ranged in variety to service the many taste buds of the crowd. Residents from all across Carroll County ventured from their homes to downtown to get a taste of the local cuisine. People of all ages gathered around booths with tickets in hand in an effort to get a deal on the variety of meals being offered. The choices ranged from options of grilled salmon and fried rice for those with traditional taste buds, veggie lasagna and pizza options were offered for Italian lovers and there were plenty of BBQ options to go around for lovers of southern food. A beer truck was even added to the event offering a variety of specialty craft beers.

“I just came to volunteer,” said Kaiyah Muse, a UWG student. “But after walking around, I couldn’t decide between a slice of pizza from Papa Johns or the mac n cheese from Blu Steakhouse.”

Students of all ages appeared to be enjoying themselves at the event. The younger attendees could be seen making their way through the crowd with blue and red stained faces from snow cones and slices of pizza. Kids were not the only ones with messy faces at the event. The event continued on with its annual tradition of a food feud between the local Carroll County Fire and Police Department. This year, the two departments dueled in a pie-eating contest. Stuffed and covered in chocolate cream, both forces continued their efforts of ensuring a fun and safe event. Needless to say, the Taste of Carrollton was a treat for all.