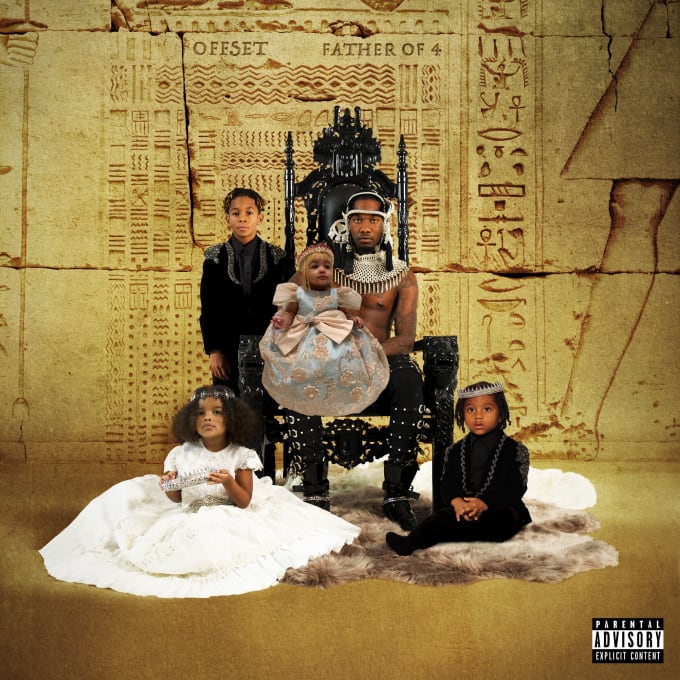 After pushing back his release date, rapper Offset finally dropped his album titled Father of 4 on Feb. 22. Being the last of the Migos to release a solo project it is easy to say that it is the most authentic of the three albums.

Offset has artists like J.Cole, Travis Scott and even spouse Cardi B On the album. Offset also includes local Atlanta legends Big Reuben and Cee Lo Green. However, unlike most artists, he did not over saturate the album with features because he was trying to tell a story and show fans a different side of himself.

Offset opens the album with the title track. The song Father of 4 sets the mood for the rest of the album on it he talks about each one of them and why he was not in their lives. He expressed how everything he is doing now is for them, especially because he was not as fortunate as a kid.

In the following track, How Did I Get Here, Offset really explains how his life was before the fame and what he went through to get where he is now. All of which shaped the path that brought him to music and made him successful.

One of the most interesting tracks on the album is called North Star. Offset slows down his normally rapid flow and breaks down the demons he has battled along the way to fame. Having Cee Lo Green accompany him on this track gives it a beauty that just could not be captured by any other artist.

Don’t Lose Me was another personal song that most fans and anyone who followed social media understood the meaning behind. Towards the end of last year, he was allegedly involved in an infidelity scandal and was at risk of separating from his wife. However, he made it clear that he was not going to let that happen and he would do anything to get her back and gain her forgiveness.

The themes in this album show that there is more to a rapper or musician than what meets the eye. Rappers are known for talking about their cars, money, and drugs, not to say that is not touched on the album, but he also speaks on sharing his wealth, not just with family but with people that he cares about and grew up with. Offset shares the value that if one person makes it then we all make it because it is imperative to look out for each other.