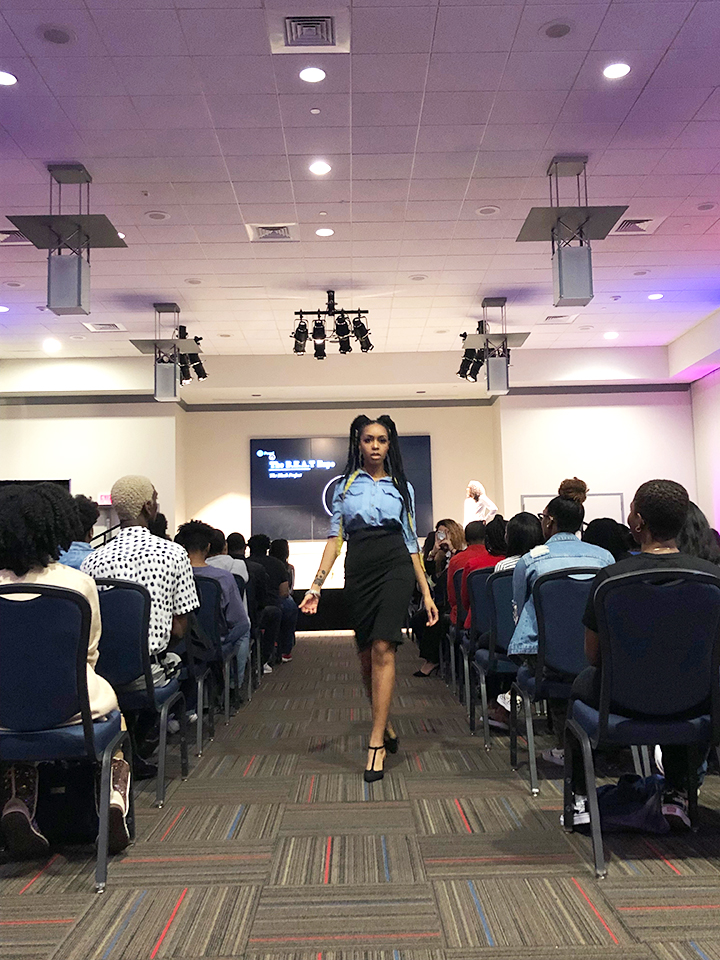 Models and Business, the Black Student Alliance and the Black Excellence Leadership Awards groups came together this year to hold the B.E.A.T. Expo, the second event in their Black Project series.

The Expo, presented as a fashion show, featured students from all different majors. The ladies responsible for helping coordinate this event are Camryn McGregor, Creative Director of the Black Project, Kennedy Shannon and Autumn Scrivens, two acting representatives of the BSA, Yakira Hamilton, BSA President, Monica Robinson and Victoria Charles, coordinators for the BELAS, and Models and Business President and host of the event, Tatianna Scavella.

“It’s specifically tying style into your career. Tying it into black history… we have so much,” said Tatianna Scavella, Models and Business President. “We are continuously trying to prove ourselves, but we have what it takes. We just have to use what we are given. We have creative, innovative styles already and so I just want people to explore it more.”

The event began with a speech about the importance of style and how having your own can make a difference, but also how it can shape your presence in the workplace. There was also talk about how to build that specific style and how to make it your own in inexpensive ways.

“Every year it’s different. The first year I was a part of it. It was so new. It was vibrant,” said Yakira Hamilton, BSA President. “It was something that the campus had never seen before, so we’re just trying to build on that. Next year we’re trying to get to different campuses. We’re trying to reach other individuals, not just the black community, but other minorities, students on campus and faculty as well.”

With the third time being the charm, this year’s show stood out much more than all the rest.

“From the past years, we had fashion shows and it was all based on entrepreneurs and just different brands, whereas this year we’re focusing more on business attire and how to bring fashion into the workplace,” said Camryn McGregor, Creative Director of the Black Project.

This year’s show has been revamped to give an overall different feel to the Black Project. What also made this year stand out from years prior was that the Black Project was coordinated by all females.

“We all come from different backgrounds as far as it comes to business and coordinating events,” said Victoria Charles, co-coordinator for BELAS. “It’s different ideas. It’s different women with the same vision.”