Skip to content
Nike’s 30th anniversary of its “Just do it” campaign featuring free agent NFL quarterback, Colin Kaepernick, has rehashed a heated controversy.
Kaepernick took a stand, or a lack thereof, for what he believed is racial injustice in America at the beginning of the 2016/2017 NFL season. Kaepernick decided not to stand side-by-side with his teammates for the national anthem, but instead took a knee behind his teammates in a preseason game against the Green Bay Packers. This act, while subtle, not only sparked a controversy, but it also started a revolution.
“I am not going to stand up to show pride in a flag for a country that oppresses black people and people of color. To me it is bigger than football and it would be selfish on my part to look the other way,” said Kaepernick in an exclusive NFL interview following the protest in 2016.
Kaepernick used his platform as a professional athlete to raise awareness about racial inequality, and more specifically, police brutality in America. This lead many other NFL players to protest during the anthem as well. 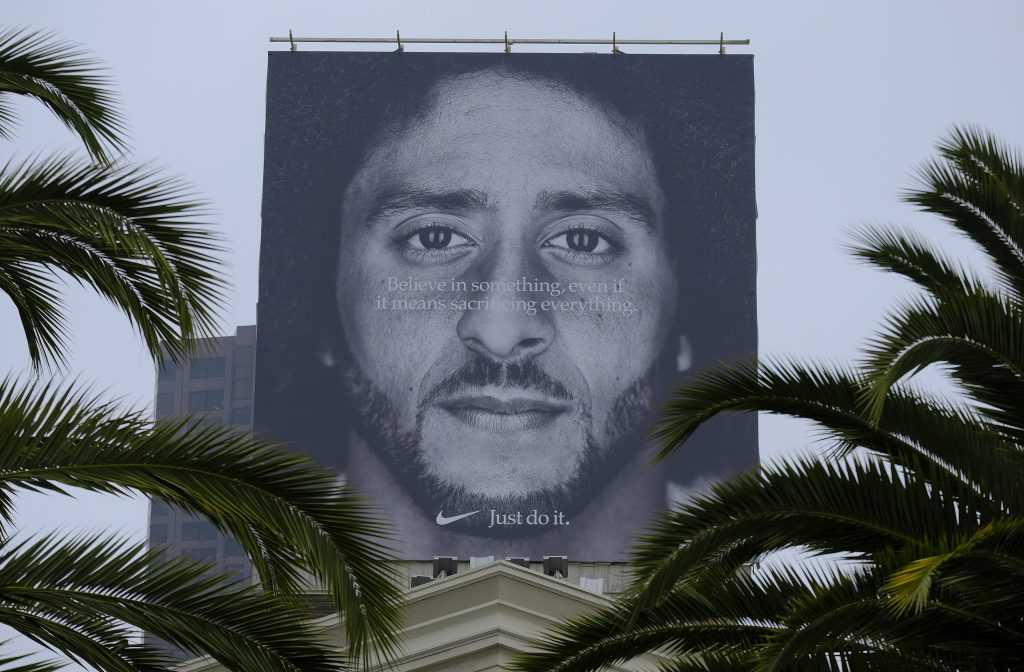 Kaepernick met with U.S. Army veteran, Nate Boyer, to discuss the best way to go about his protest. After their meeting Boyer and Kaepernick felt that taking a knee was the best way to protest without disrespecting the flag, but much of the hate stems from the belief that Kaepernick was indeed disrespecting the flag, the country and the troops who fight for both.
“I realize that men and women of the military go out and sacrifice their lives and put themselves in harm’s way for my freedom of speech and my freedoms in country and my freedom to take a seat or take a knee, so I have the utmost respect for them,” said Kaepernick in a USA Today interview in 2016.
Kaepernick, a former NFC champion and starting quarterback in Super Bowl XLVII, feels the reason he has not been able to find a job since the protest is due to collusion and has been in a legal battle with the NFL over the issue.
However, Nike decided to use their platform as a major corporation as their 30th anniversary “Just do it” ad copy read: “Believe in something, even if it means sacrificing everything,” which featured Kaepernick. The ad has resulted in a mixture of reactions from the public.
Following the release of the ad Nike customers began burning merchandise with the iconic swoosh on it in protest of Kaepernick and Nike’s partnership. Not long after, “#NikeBoycott” began to trend on twitter.
Immediately following the ad, Nike shares dropped three-percent, but since then have turned and reached the highest levels the company has ever seen. Nike has also reaped the rewards of the risk as they have seen an increase in sold-out products from Sept. 3 to Sept. 13 by 61-percent.
Much like Kaepernick back in 2016, Nike risked everything by releasing the ad with such a strong political stance. Nike is currently the official athletic wear sponsor for the NFL and provide uniforms and other equipment for the 32 teams in the league. The deal is currently in effect until the year 2028.
In promoting the views of a free agent that has caused the league a high amount of distress, Nike has firmly expressed their stance on the matter; and potentially has tarnished the relationship between them and the head of the NFL.