A Netflix health documentary, ‘What the Health’, is taking the world by storm. This film advocates for plant-based diets by explaining the link between eating meat/dairy products and chronic diseases in questioning the practices of leading health organizations. Released in March 2017, this investigative documentary uncovers corruption of the government and big business that is costing Americans trillions of health dollars but has been highly criticized by doctors, nutritionists and investigative journalists for what they describe as confusion and false information. 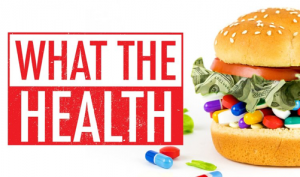 After millions of views, many Americans have adapted to vegan and vegetarian diets due to the allegations in this documentary. Almost every kind of meat and dairy product are described as harmful to our bodies and the leading cause of diseases such as diabetes and heart failure. These claims are supported by individuals with very few credentials including physicians, public health lawyers and clinical researchers.

Jessica Aldridge, a health and wellness professor at UWG, does not believe the allegations made in this documentary to be true.

“As a registered dietitian, I am disappointed the “What the Health” documentary gained so much traction and attention,” said Aldridge. “ I would guess 90 percent of the information provided was false. Sadly, I think a lot of people have watched this and feel even more confused about what they should be doing for good nutrition. They have been scared into avoiding all animal products, which can be a great source of very important nutrients for most populations.”

Plant-based diets have been scientifically proven to benefit our health tremendously, as well as animal meat and dairy products. This film includes ridiculous claims that has doctors and health professionals laughing such as: eating one egg is equivalent to a person smoking five cigarettes. ‘What the Health’ is changing the way people view nutrition and, what many professionals believe, potentially fooling them into thinking non-vegan and non-vegetarian diets are connected with many types of chronic diseases.

“After watching the documentary, something I hope to convey to my students is how to identify false sources of information,” said Aldridge. “We discuss this often, and I try to teach them how to find credible information. However, I think we need to equip our future health professionals with the ability to read and interpret research and apply it to sources of information like ‘What the Health.’”

The shock factor of this film has influenced many Americans already. It is crucial that Americans remember to research what they see through the media before believing it to be true. This documentary is creating an uproar of controversy in today’s major health trend and leaving the majority of Americans very confused about what we should put into our bodies to live the longest and healthiest life.

1 thought on “Is “What the Health” Healthy?”