Jules and James is a local boutique in the Carrollton area and it has now become one to compete against all over the state of Georgia. The boutique was named the “Best Boutique for the State of Georgia” and “Best Online Boutique for the State of Georgia.” Located on Maple Street, it has been open for around four years and has gradually become one of the most sought after according to Boutique Hub.  “This year there were almost half a million votes cast, so for Jules & James to win was such an honor,” says owner Allison Grooms. The boutique consists of one store in Carrollton and during the holiday seasons they travel doing pop-up shops in Newnan, GA and Warren, Ohio. The store has not only gained traction in- store but also online where they do the majority of their business.

“We do about 95% of our business through e-commerce, so at this time we are not focused on expanding our brick and mortar locations, but that could change in the future!” says Grooms. Jules and James Boutique has worked hard to provide online resources to their customers because they know just how cared for each customer feels when they can buy on the go. They have an app specifically for the usage of online shopping customers who need to buy their clothing quickly. They not only have an app but they also have a full website that gives buyers the opportunity to search via computer. The plan for this boutique did not come from years of planning but introduced itself to the owner through a dream session one day. The owner herself was not in the business career field upfront. 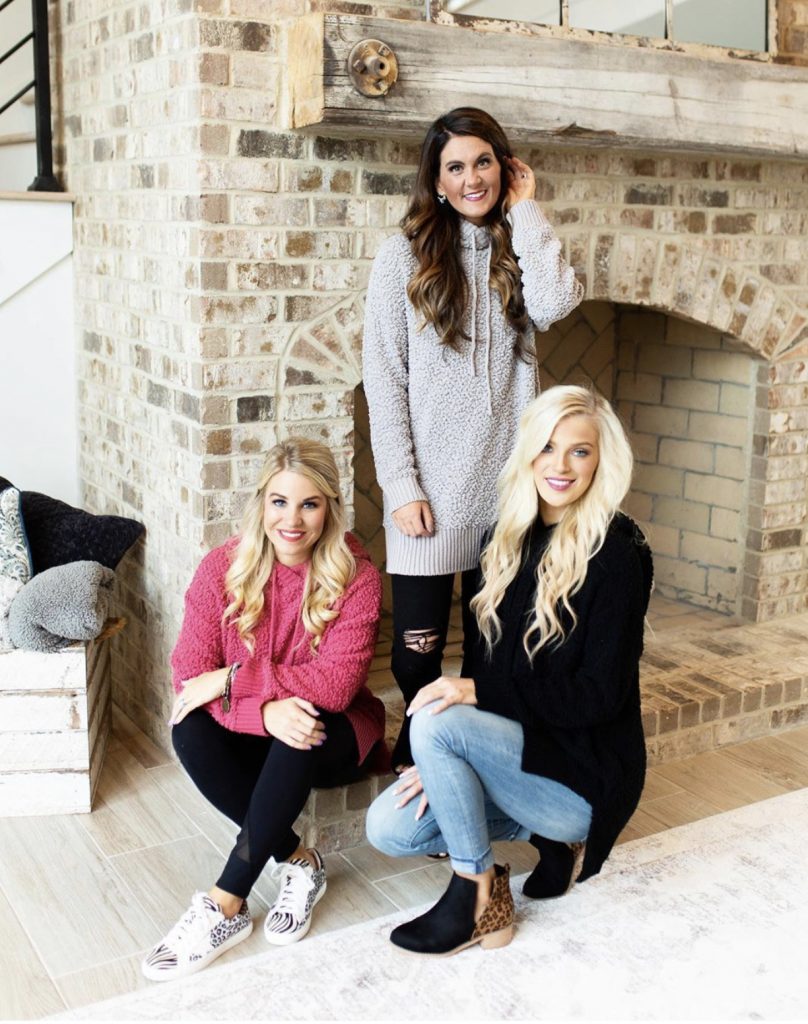 “I actually went to school for education and was a teacher for a few years. In 2014 I had my daughter, Juliette,” says Grooms. “I knew that I wanted the flexibility and the option to stay home with her. I was a fully committed stay at home mom for about one year before I was itching to get back to work. I still wanted the flexibility to be with my daughter, so I decided to start my own business so that I could work from home. I quickly found out that starting a business would mean that I would work harder than I ever have worked in my entire life, but this time I was in charge of my time and my schedule so I was still able to be a mom first. I was selling boutique items for competitive prices and it was a niche that was not being met by any other retailers.” Jules and James was Alison’s way to still be a mother but work from her own restrictions, and there was no thought in her mind that it would skyrocket to success. When she first started her business career she actually owned a monogramming business and then a facebook group that sold boutique clothing at incredibly competitive prices.

“After a couple of years we rebranded and changed our business model – Jules & James Boutique was born,” says Grooms. There is a real focus in having genuine relationships with customers for Alison and finding a staff that would be able to bring that honest yet hardworking demeanor was important to her. “I have the most amazing staff. I would put them up against anyone’s team – I feel that confident in them! We have gone through ups and downs together. We really are like a big family,” says Grooms. There has been so much support for the Jules and James staff from the beginning. Alison loves her team which consists of really great women and men that devote their time to what they do.  “I tell my staff all the time that I never really wanted to be anyone’s boss so they have to be patient with me. I just wanted to start a (small) business so that I could have a little extra money and then somehow I ended up with over 40 something people calling me boss!” says Grooms. The Jules and James boutique crew are extremely thankful for these new honors and hope to continue to serve the Carrollton area for years to come. Grooms makes sure that her team is rewarded no matter what because she believes they have helped her bring her dreams to life.

“I was so happy, because my staff works so hard, so I really wanted this award for them,” says Grooms.