Ploeg is a member of the U.S. Army Reserve. He is a Combat Documentation and Production Specialist with the 982nd Signal Company. Ploeg graduated from UWG fall 2018 with a Bachelors of Science Mass Communications and a focus in video production. 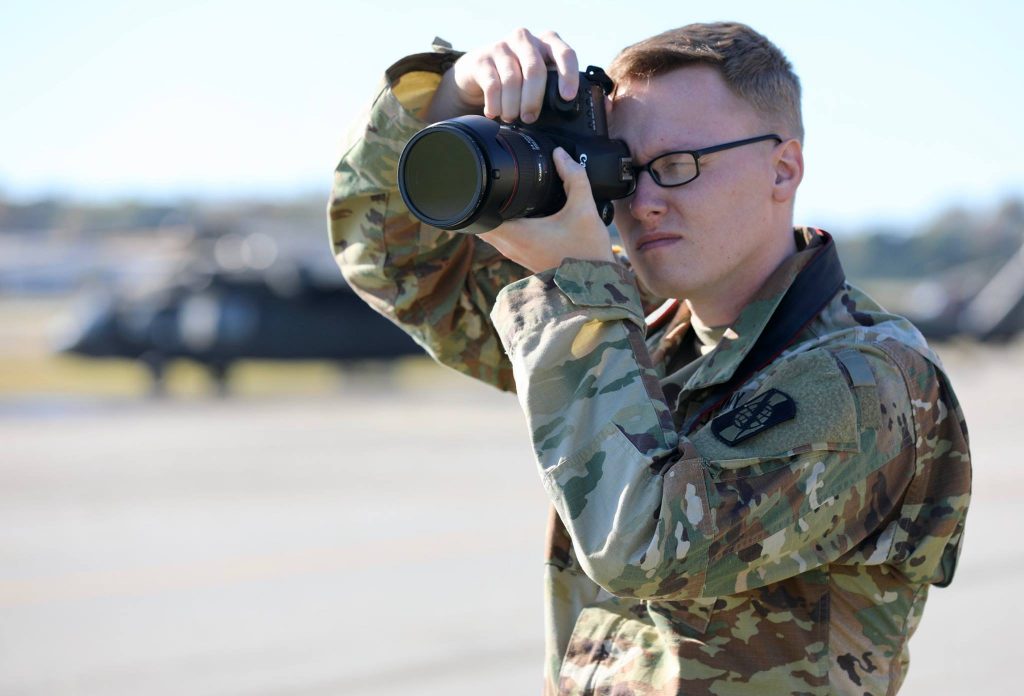 Ploeg joined the Army in February 2014 while a freshman at UWG. He attended basic training at Fort Jackson, S.C. and went to Advanced Individual Training (AIT) at Fort Mead, Md. where he learned how to operate a camera and edit video. Upon completion of AIT, he attended the U.S. Army Airborne school in Fort Benning, GA. After training was completed, Ploeg returned to school to finish his degree in Mass Communications during the spring of 2016. While Ploeg was in school, he traveled to states across the U.S. and internationally.

Ploeg plans to continue his career in the Army and looks forward to where it is going to take him. He would like to share his experiences with people like him who could benefit from the same opportunities. UWG’s Media Day is the perfect opportunity for that.

“The Army has taught me a lot of valuable lessons, and I have had a lot of experiences,” Ploeg said. “I feel like I can relate to these students because the Army gave me an advantage by giving me a job in the field that I wanted.”

Ploeg, along with members of his unit and his command, will have a table set up at Media Day to talk to students about opportunities inside the Army and the Department of Defense.

“I didn’t know it when I joined, but there are MOS’s that cross different fields,” said Ploeg. “There are Public Affairs Mass Communications Specialists who write newspaper stories and shoot broadcast news, along with other MOS’s like graphic artists and public affairs officers who supervise public affairs soldiers.”

Students can talk to Ploeg and other soldiers about their experiences and the opportunities in the Army for Mass Communication students at Media Day.