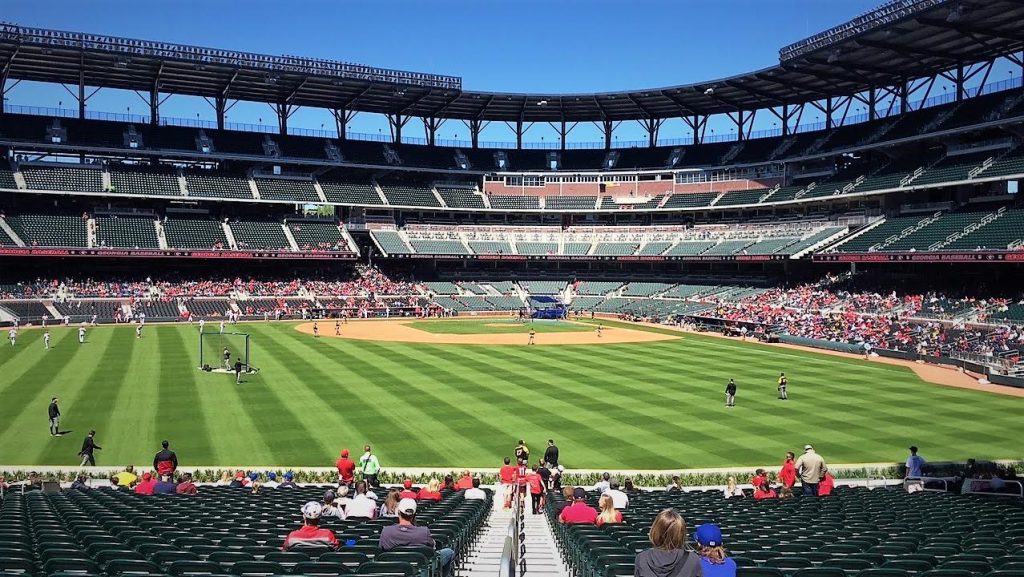 Opening day has passed and the new stadium has officially become the new home of the Braves. The Braves have christened their new home with a string of victories that they hope to continue as the season goes on. There was no doubt that controversy surrounded the production of SunTrust Park with the $400 million coming from public funds that came mostly from bonds and transportation taxes.

News broke in 2013 that the franchise would be leaving Turner Field after the 2016 season instead of renovating the stadium. The move would take place upon the expiration of its 20-year lease. Turner Field was originally built for the 1996 Summer Olympics and it was leased to the Braves. While Turner Field was still a relatively young stadium compared to others in major league baseball, it had its faults. Fans constantly complained about the infamous Atlanta traffic, the inadequate and sometimes unsafe parking. It also wasn’t located where most Braves fan lived and traveled from. To adequately revamp and make Turner Field and the surrounding area what the franchise wanted it to be, it would have taken funds that Atlanta Mayor Kasim Reed said the city could not afford to support. This is where the plan for SunTrust Park began.

The contribution from Cobb County came not from a public referendum or vote but from the approval of just a five-person commission. There was also controversy surrounding the Atlanta traffic. The new stadium which is about 12 miles northwest of Turner Field sits in between two of the most congested interstates in the area and isn’t served by MARTA. Fans were worried that the commute would be that of nightmare, but it turned out to be the opposite. There are 14 ways to get out of SunTrust Park. “We had no problems with parking. Traffic wasn’t even that bad either,” said Braves Fan Jesse Vinson.

Cobb County was chosen because the majority of the Braves fan base lives in this area and counties close by. While the MLB has two teams in Florida, the Braves are the only other team in the southeast and that creates a larger fanbase. The neighborhood is established yet growing with new businesses popping up, new hotels being built and more life being brought in. It’s a great place to put a new ballpark and grow the area even more. Even with controversy and different opinions, in the end the Braves came out on top. SunTrust Park was built with fans in mind. It gets viewers closer to the action as if you were standing on the field playing first base yourself. The park is filled with new technology that keeps fans updated with the game even while standing in line for your favorite foods. All employees are ecstatic to greet you at the gate. The stadium seats 41,500 providing many social settings as well such as the Chop House, Home Depot Clubhouse, Hank Aaron Terrace and the Xfinity Rooftop.

The Braves have listened to what the fans wanted before the stadium even opened. An official announcement had been made that no outside food or drinks would be allowed unlike at Turner Field. Fans didn’t like that and took to social media to raise their voice. The Braves heard them and immediately changed that rule. Food is another advantage for the stadium. It has anything you could ever want and at reasonable prices from a $5 burger to a $15 gourmet burger it has something for everyone.

One thing that has most fans excited is the mixed used development called The Battery. “I love that I can come here and do more than just watch the game. I’m not the biggest baseball fan so having more to do is great.” said Cobb County Resident Brianna Woodyard. The Battery includes restaurants, shopping, living quarters and the concert venue, The Roxy. Not only can you experience all it has to offer during baseball season but you can come to your favorite place at any time.

SunTrust Park could be the stadium of the future. After over $622 million funds put into the stadium, moving to Cobb County and building a stadium specifically for the Braves and their fans has proved to be the best move made in a long time. It’s a new era for Braves Country and a bright one at that.