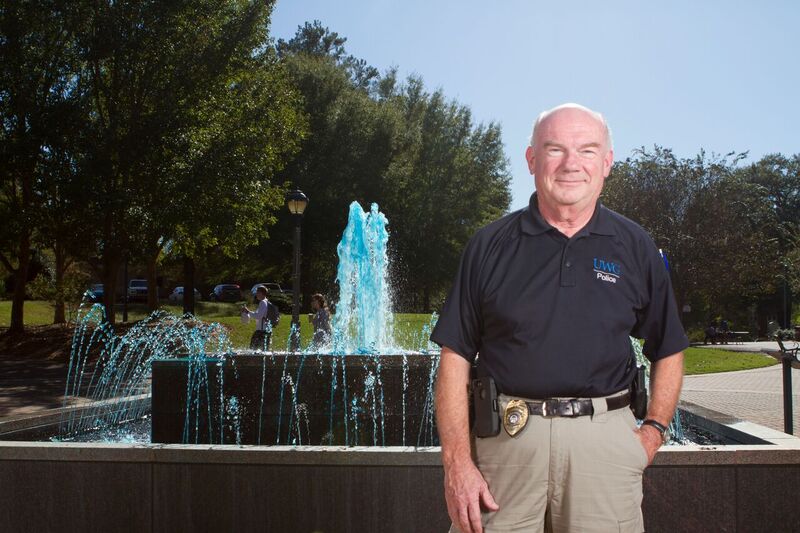 Dating back to 1975, Thomas J. Mackel made the courageous decision to change lives through a career in law enforcement. Mackel began his career as a patrol officer at Emory University being one of the original 17 hired when the department started. In the coming years, he would hold prestigious positions such as: Sergeant, Lieutenant, and Deputy Chief. In addition, Mackel worked within criminal investigations, crime prevention, and the Domestic Terrorism Task Force of Metro Atlanta. Mackel then took over as Chief of Police for the University of West Georgia (UWG) in September of 1989 where his career is now coming to an end after 30 plus years.

Throughout Mackel’s career he has experienced the true meaning of what it means to hold the title of Chief. “The best part of the job was getting to work with the students and dealing with their problems,” said Mackel. “I also taught here, so I was able to get involved in mentoring them in terms of law enforcement, getting a career here, and not getting into law enforcement. Sometimes that is the better way to do it.”

In 2005, the University of West Georgia held a shelter in Roberts Hall for the evacuees from Hurricane Katrina. The impact this made on Mackel’s life remains one of the greatest and most rewarding aspects of his career.

“My biggest accomplishment was Katrina and helping to get the entire University to serve,” said Mackel. “It was a tremendous amount of work, but it wasn’t just the police department. It was student services and facilities coming together to serve 200 total strangers.”

Mackel’s time at UWG allowed him to make lifelong memories with people that he met throughout his term. In particular, Mackel was able to meet a man who came here as a victim of Katrina.

“Mike Conner decided he wanted to help instead of sitting in the dorm, so he started to work and has now been employed with us for 12 years in custodial services.”

It is moments like this that remind Mackel why his job meant so much to him. “Really it is the people that made this job so important,” Mackel continued. “Too much law enforcement is the idea that we are going to put everyone in jail. If we put them in jail and kick them out of school, then what will they become? You may have blown their only shot.”

Mackel’s long term goals for the department are to continue striving for the best in every situation for each individual. His proudest moment is seeing the students graduate and remembering how far they have come.

“If I could give advice to the next Chief it would be to always keep in mind that the center of things we do here is serve the students. It may not always be the way the students want us to, but you have to look at what it best for the students and how we can make them better people,” said Mackel. “The thing I always tell people is that the biggest thrill we have is when we see those students walking across that stage at graduation.”