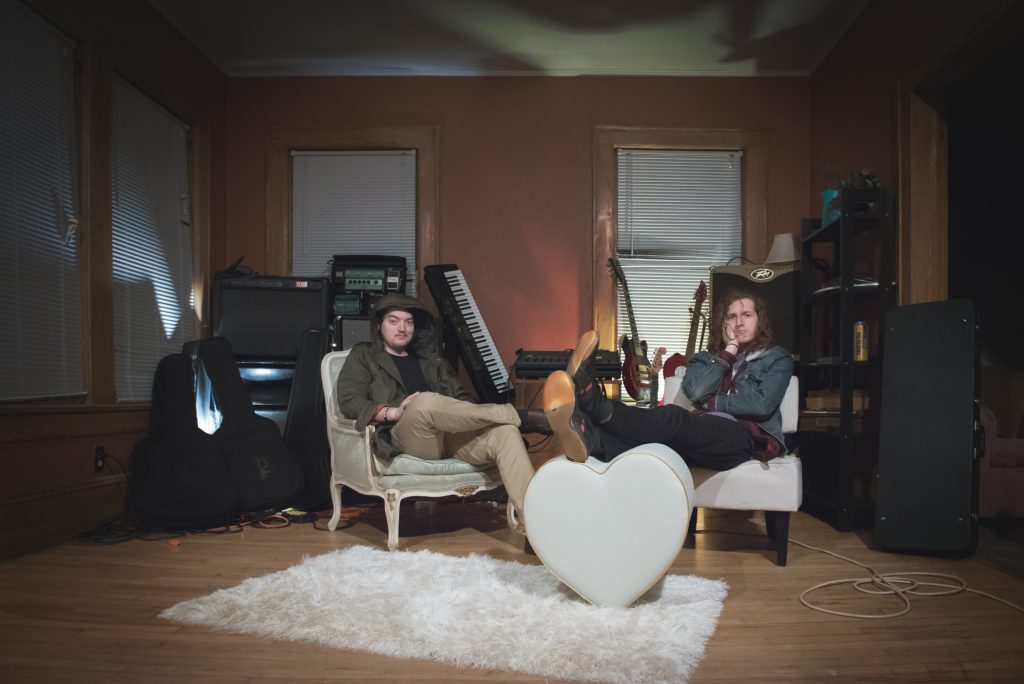 An uprising band uses their unique and creative minds to develop music about of one of the biggest issues in society, the internet. Flower’s latest Extended Play (EP), “Death by Internet,” raises awareness to the digital downfalls that many individuals face on a daily basis. Flower sets themselves apart by choosing the unpopular route of what is real and pure.

Flower is not interested in the popular way of life. Their foundation is built around bringing the hidden struggles to life and they do so through their music.

“There’s too many people trying to make decisions based on what they think is popular and we do not care to do that,” said Jack Fowler, the frontman of Flower. “We want to do things based on what is true to us and it’s a huge bonus when it clicks and everyone is into it.”

“Death by Internet” originated from previous experiences the members of Flower have encountered throughout their lifetime. Because the popular style of music may not always fit into authentic issues being dealt with, Flower received negative responses due to the lack of choosing to write about something remarkably powerful.

“We had been through a lot of really stressful things,” said Fowler. “I went through some really harsh criticism of art that I had put out, which was negatively received and kind of lashed out against. You want to be able to release things in an artistic sense that is meaningful and heavy at times and to have that pushed back was really archaic and kind of weird to me.”

To Flower, providing an outlet from the digital world is crucial. “Death by Internet” serves as that outlet and allows their audience to escape their worldly possessions and insecurities through music.

“The internet kind of connects us all and makes us not talk to each other a whole lot because we have this digital satisfaction for our need to feel socialized, so I thought it was important as a writer to bring that to light,” said Fowler. “It might not be the popular thing to say right now, but the internet is making us evil people.”

The purpose of the new EP is to bring to light what is buried deep. To convey their passion towards the digital world, Flower gives each show their all by interacting with their fans, so that they have the opportunity to release any particular pain or frustrations.

“We play energetic shows. They are not just the sit back and watch this band do something kind of shows,” said Fowler. “They are interactive and people push and shove to let out their frustrations because we tend to bottle a lot of things up and I think that it’s healthy to get frustrations out and be honest with ourselves.”

The authentic and genuine passion that the members of Flower have for their fans is incredibly humbling. That passion is what keeps the band going.

“I consider myself an incredible empathetic individual,” said Fowler. “I really care about people and worry about the state of society and the people around me in my community. A big reason why I write and why I play shows is to remind them that they’re not alone.”

In the future, Flower’s main goal is to continue promoting “Death by Internet” and their album they released last year. To successfully continue their work, Flower had to establish a foundation for both their personal lives and music career lives.

“We plan to keep releasing music and we have set up our private lives in a way so that we will not be stopped,” said Fowler. “The problem before is that our private lives mixed with our music lives. Our music career lives were kind of conflicting at times, making it difficult to be on the road, so we adjusted to set ourselves up for permanence to stick around for the long haul and release whatever we want, whenever we want.”