Apple is rolling out not just one phone and its larger sidekick, but two completely different phone models this year. The iPhone X is set to be released on Oct. 27, and people have many good things to say about it.

“I think the coolest feature is the wireless charging,” said Jessica Jervis-Viville, a senior at UWG. “Apple chargers are always breaking, so I’m glad that part is behind me.”

Another feature people are excited about is the camera and its new features.

“I’m excited about the camera,” said Liz Nobles, a junior at UWG. “It’s supposed to be the best yet and with such a detailed new screen, it’s going to be amazing.” 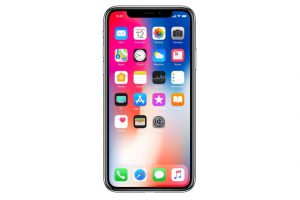 The iPhone X takes on a slightly different look compared to past iPhones. While both the iPhone X and iPhone 8 include wireless charging and upgraded cameras, the iPhone X shows to be very innovative. Even the iPhone 8, which came out on Sept. 22 of this year, looks more similar to past iPhones than to the X.

“It’s way too much for me to handle,” said Carissa Anderson, a junior at UWG. “I usually just upgrade to the newest one, but now that there are two different options, it can make my decision much harder.”

The iPhone X contains special features that differs from previous iPhones. For example, the iPhone X does not include a home button. Instead, Apple puts a new twist on the raved-about phone by eliminating the home button and adding a new feature called Face ID which unlocks the iPhone using the front-facing camera to scan the user’s’ face.

All of this aside, the iPhone X has a couple new features that are already exciting potential new users. While the iPhone X may be popular among curious users, UWG students have multiple opinions on the innovative, new phone.

“I feel like Apple is constantly forcing innovation on people,” said Jervis-Viville. “Why release three phones at one time? Give us time to adjust to the changes.”

The iPhone X adds up to $1000 dollars, which has many asking why, and others joking about selling body parts in order to afford the new iPhone. The new iPhone may have a different look and a couple updated features; but the question is: is it really worth it?

The iPhone X possesses many of the features that the iPhone 8 also has. It’s also important to note that the iPhone X is a couple hundred dollars more. While some do not see the need to purchase the new iPhone, several others have a different point of view and see it as an exciting new device they must have.

“I always think iPhones can be overpriced,” said Anderson. “However, I love the quality, so I’m willing to pay for the benefits.”